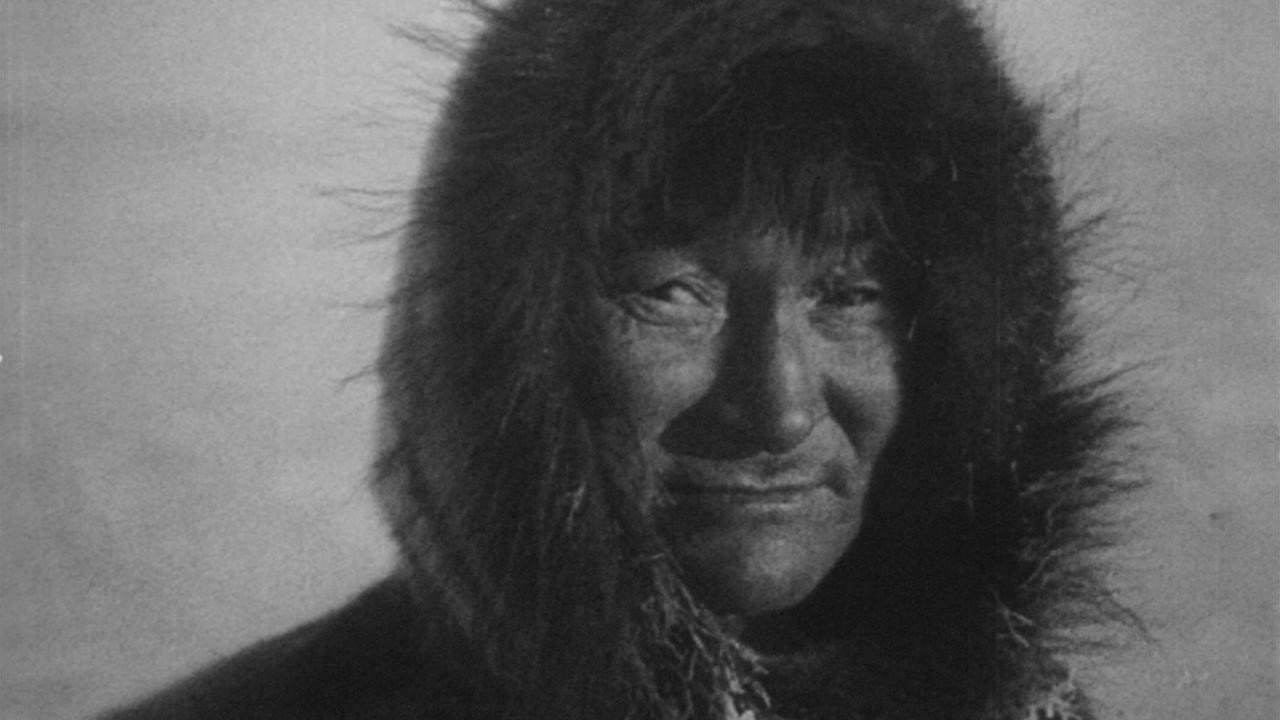 This film seems to be famous for being what it isn't - a documentary about the 'fearless, lovable, happy-go-lucky eskimo' (from the opening title). Much has been written about how much was staged rather than informally shot, that Nanook was not his real name, and that therefore, calling it the first feature length documentary is not just inaccurate, but wildly misleading. As 1001 Movies acknowledges, director Robert Flaherty shot 'things Nanook commonly did, somethings he never did, and somethings he used to do, but hadn't done in a while.'

Consequently, we're left with the feeling that we're not watching a painstakingly shot and edited 'actualité', but rather someone's home/holiday movies, as if a family had dressed up for the day and shot something on 8mm for them to enjoy at their family get together at Christmas.

The scene in which we're introduced to Nanook gives the game away, as Nanook and one of his children are seen disembarking from their kayak, then followed in comedy fashion by two wives, a child and a dog from the kayak's interior!

The cinematography is nothing special, not even by the standards of 1922 (though a restored print probably looks much better than the one I watched) so other than curiosity value, there's not much to recommend it. I can't agree with 1001 Movies that even if some of it was staged, it still captured 'the texture of their daily lives'. If some of it isn't 'real', arguably, all of it is of questionable veracity.

Instead, watch a short film about the Dead Rat Orchestra and their live accompaniment at a screening at the Pitt Rivers Museum, Oxford.