The Lord of the Rings (Trilogy) (DRAFT) 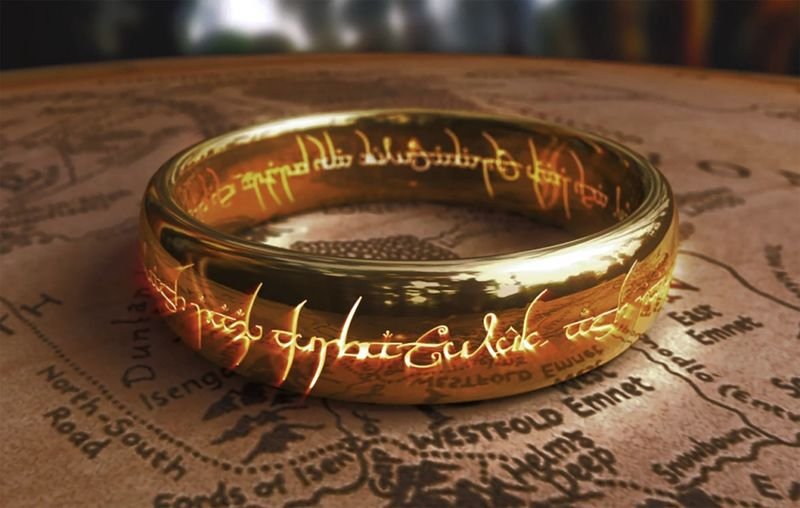 Let's get one thing clear from the start: I am not a Tolkien fanboy, believing that the texts are sacred, practising Elvish in my spare time and attending conventions as an obscure character from The Silmarilion.

But once I discovered the BBC's radio adaptation of The Hobbit (1968) and shared it with the family one summer holiday in the late 90s (so not until I was myself in my late 30s), I was hooked on the stories of Middle Earth. When it was announced that finally, a big-screen version of the allegedly unfilmable books was on the way, I found it difficult to sate my interest. I still remember struggling to download - on a weedy 33k internet connection - the first version of the film's website and I watched the first trailer umpteen times.

The Ring was already exerting its power over me.

I subsequently bought the 13 tape boxed set of BBC Radio's The Lord of the Rings (1981) so before Jackson's movie premièred, I already had my favourite sequences, preferred actors, and opinions about the chosen director.

When 19 December 2001 finally came, it was like a Long-Expected Party and like the best parties, I went home neither too drunk nor too sober, but in a state of ecstatic reverie.

This week, just over 20 years since Fellowship was first released, I finished watching the three films in their extended cuts. Some of the flaws that irritated me slightly on first showing and that came to irritate me over the intervening years seemed worse: the portrayal of Frodo (the victim, excess close-ups of his gaze, his increasingly wispy voice); the casting of Hugo Weaving and Viggo Mortensen; the tedious longueurs whenever the elves were brooding about their leaving the shores of Middle Earth; the romance between Arwen and Aragorn.

But there was still so much to enjoy and, even after 20 years of viewings, to find moving. The writers, producers and Peter Jackson pulled off an astonishing achievement in wrangling a mammoth fantasy into a manageable and coherent, if not entirely faithful adaptation.

Let me grouse first about what was missing; the humour from the first book of the trilogy; the thread