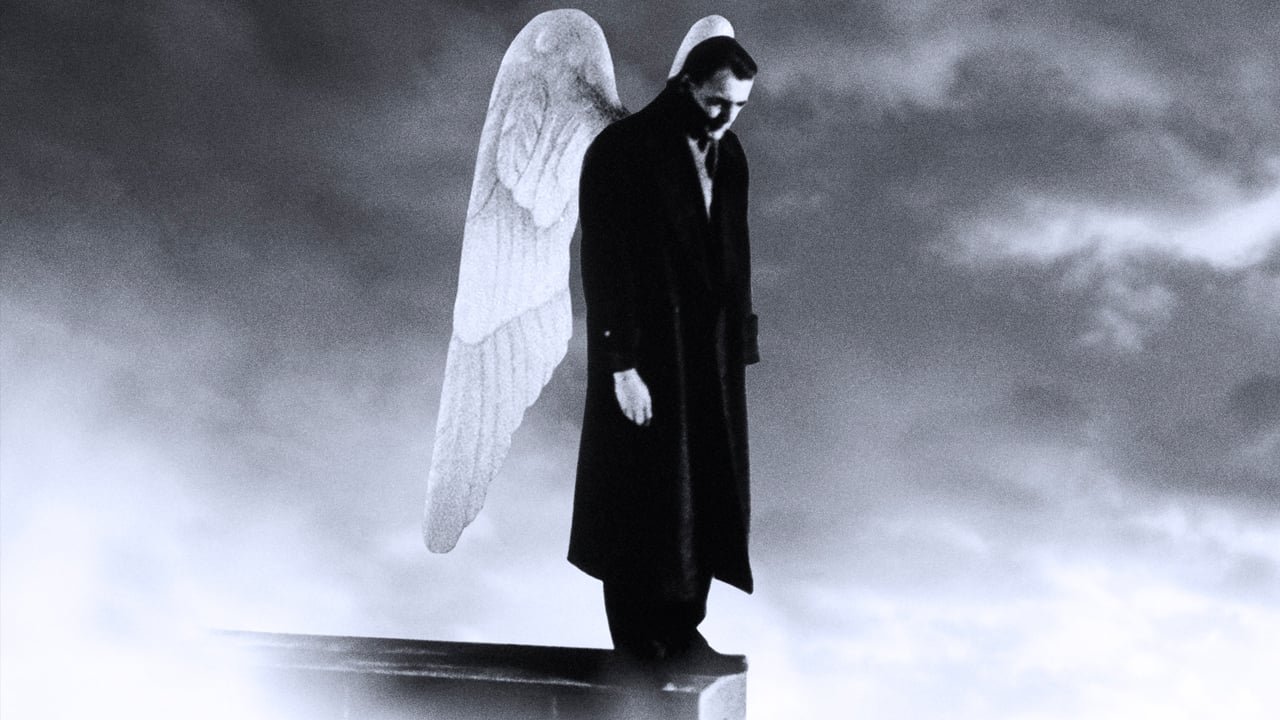 It's a hard life, being an angel, as this docu-drama set out to explain. For a start, you have to hang around listening to the thoughts of all and sundry, though you do seem to be able to choose the more articulate and philosophical, even if you're compelled to follow and vainly assist the sad, depressed and suicidal. The babble of voices was bad enough for this viewer, but for the angels of Berlin, it must be unbearable.

Next, everything is in black and white. Only humans get to lead life in colour. It's hardly surprising that the angels wanted out of their miserable silent film existence.

Last, they live for a very, very, very long time. The two angels with whom we spend most of our time reminisce about prehistory; they had to listen to angst-ridden dinosaurs, presumably, before we arrived and could at least talk like Nietzsche. This meant that we all had plenty of time to reflect on the meaning of life, especially in a Berlin where there seem to be only desolate building lots, car parks, underground clubs, windy park benches and graffiti-scrawled walls (well, obviously).

By the time one of the angels resolved to become human, I'd lost interest, and given that he did it so he could hook up with a trapeze artist who could only talk in riddles about being alone, even in company, but never being lonely until now, when she could kiss the man who she finally wanted to make her lonely...did I get that right?

This may have been a film of its time, with the Berlin Wall still intact, and the city still struggling with its post-war multiple identities. What it wasn't was essential viewing.