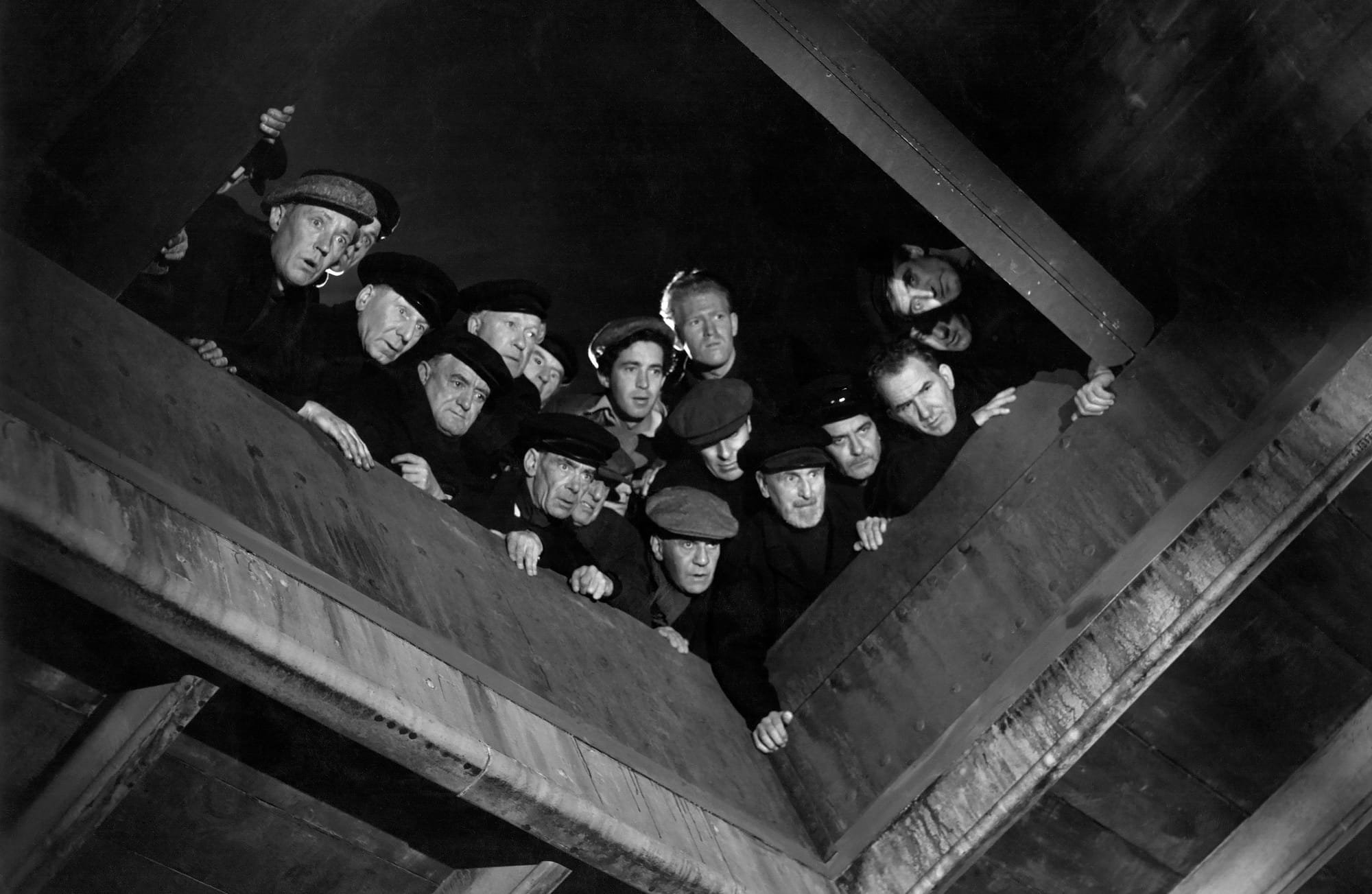 I don't think it counts as a spoiler to say that the three jokes are:

I've not read the book on which this film is based, so I can't tell if it does justice to Compton Mackenzie's source, but it's typical of one set of Ealing comedies in its illustration of a discrete, slightly wacky, but cosy community facing unusual circumstances (think Passport to Pimlico, or Titfield Thunderbolt.) Gentle satire of national and class stereotypes follow, together with a lot of fun poked at authority  figures (in this case, the army, the Church and 'Mother').

The best bits are seeing the antics of the Scotsmen as they wait on the quayside in the hope of a whisky cargo, or rushing down to the wreck and overloading their boast with boxes of the golden liquor. How they are able to row with such skyscraper stacks is a mystery, for director Alexander MacKendrick doesn't show us.

Jackson does conquer his fear of his Mam, and Mam gives in and has a tipple. What's odd, given that it seems we're with the islanders and their right to object to the English presence, is the brisk ending, with first an abundance, then a dearth of whisky, followed by the simple observation that the only two people who were happy in the the end were the two who didn't drink it in the first place.

Agree: "Shot beautifully on Barra in the Outer Hebrides"

Furthermore, the satire is not only levelled at the English, but at the parochialism of the island community, thus somewhat undermining their triumph.

A cute enough movie, but other Ealing comedies are better, including MacKendrick's own The Man in the White Suit.

Mind you, I can now hear Finlay Currie intoning, "Aye, you can go to your grave safe in the knowledge that this fillum can pass you by."