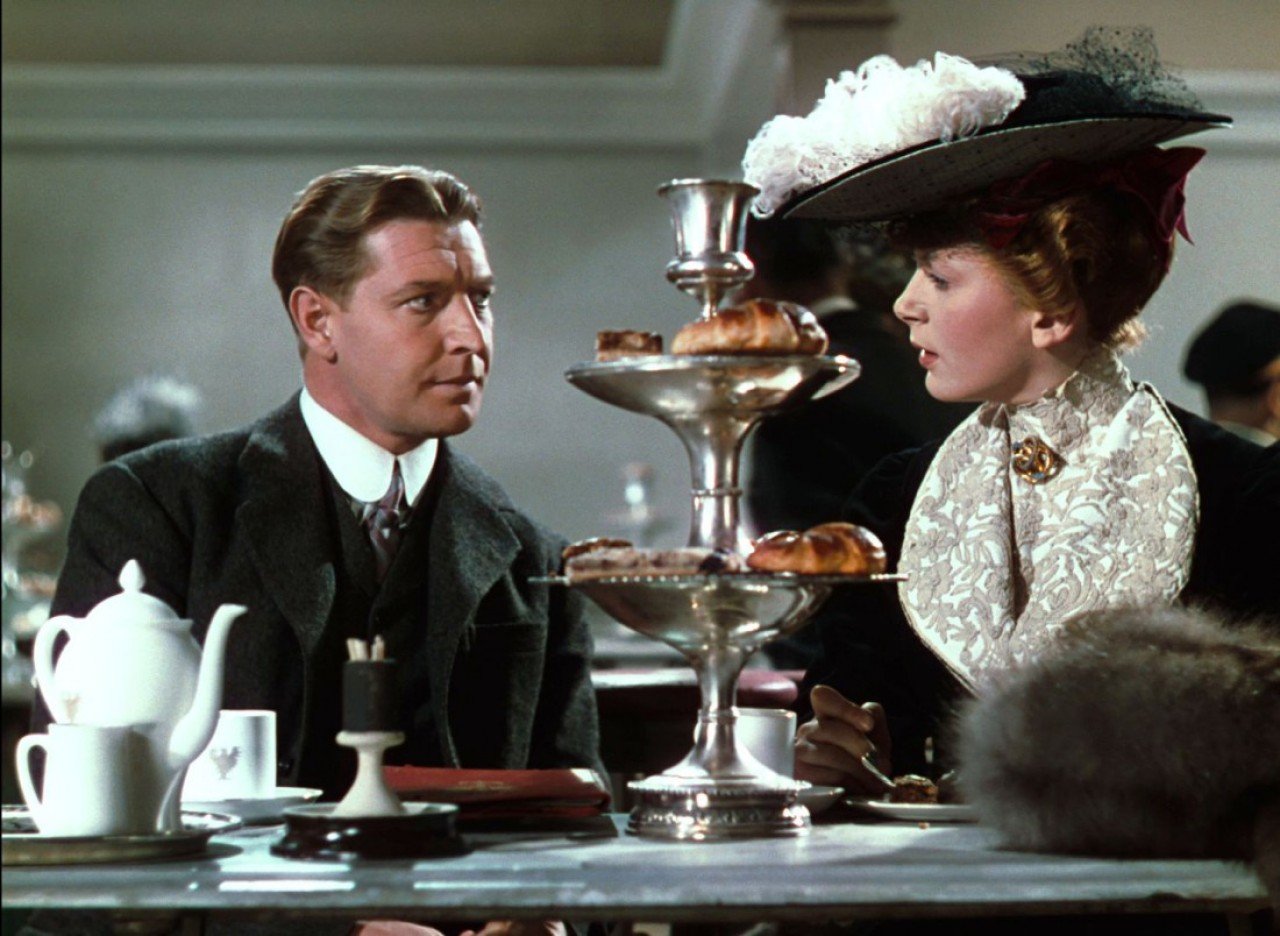 Whether the cartoon Blimp, drawn by David Low was a popular character, I don't know, but in this utterly gorgeously filmed movie, Powell and Pressburger's Blimp, Clive Wynne-Candy, played by Roger LIvesey is hugely endearing. We get to know Candy over 40 years, in a succession of scenes, some touching, some amusing, that sketch out his career as an officer of the British Army, though none involving any fighting. Ostensibly a war film, it has more to say about love and friendship, and the possibilities of alliances bridging difference.

It may be that my extreme fondness for this film has something to do with the fact that I first saw it while romancing my wife-to-be. It's certainly true that the relationship between Livesey's character and the three women played by Deborah Kerr (think of that - three for the price of one - such great value) is central to the story. But just as central is the relationship between Candy and his German rival, Theo Kretschmar-Schuldorff. In fact, a lump comes to my throat just thinking about the scene where, after the Great War, Candy tries to see Theo in the POW camp in which he is being held.

It's the interval of a concert, and the prisoners are standing, smoking, chatting...weary, despairing, ashamed at their loss of honour and dignity. Candy locates and approaches Theo. Long before the war, the two had been brought together as representatives for their respective countries in a duel. Each inflicted a wound on the other, honours were shared, and they became friends as they convalesced in hospital afterwards. Kerr's first character, Edith Hunter, is the governess protected by Candy when they are caught up in a diplomatic incident in a bierkeller in Berlin. Now Edith comes to visit Candy in hospital, but over the time of her visits, she falls in love with Theo. They depart, planning to marry. Candy wishes them well, but remains behind. It's not until he arrives back home in England that he fully realises that he too had fallen for her, while at the same time developing a deep fondness for Theo, as only comrades in arms can do.

Candy never sees Edith again, though he sees her image later, first in a nurse at the front (Kerr again, whom he later marries) and again during WWII (Kerr as 'Johnny', the driver assigned to him). But he meets Theo again a number of times, first at the concert at the POW camp. As Candy offers his hand to Theo, who is standing among a small group of prisoners, the orchestra strikes up Mendelssohn's overture, The Hebrides ("Fingal's Cave" - the work by a German Anglophile, entirely appropriate here). Theo snubs Candy and along with the other prisoners, returns to his seat on the grass. Candy stands alone.

This scene seems to express more than any other, the idea present throughout the film that war is not a gentlemanly pursuit, conducted between arguing friends, but a dirty, nasty business, something that Candy struggles to grasp, despite his own experiences during the Boer War, Great War and WWII. For Candy, war is fought by the rules, which include shaking hands and smiling with your opponent afterwards. Being an Englishman, with emotions kept in check, he can't conceive of Theo's shame in defeat, and his inability to face Candy at the camp.

Peculiarly, Anton Walbrook, who plays Theo, is missing from the cast listed in Schneider. But there's a cast of great minor characters, notably John Laurie as Candy's batman, Ursula Jeans as the nurse at the hospital, and James McKechnie as the British soldier who wants to break the rules in the Home Guard exercise overseen by Candy.

The cinematography is superb, Kerr looks magnificent, and the whole movie is shot through (pardon the pun) with an integrity and honesty that I personally find so much more appealing as a cinema goer than the cynicism, shallowness and ugliness of so many other films laying claim to be among the greatest.