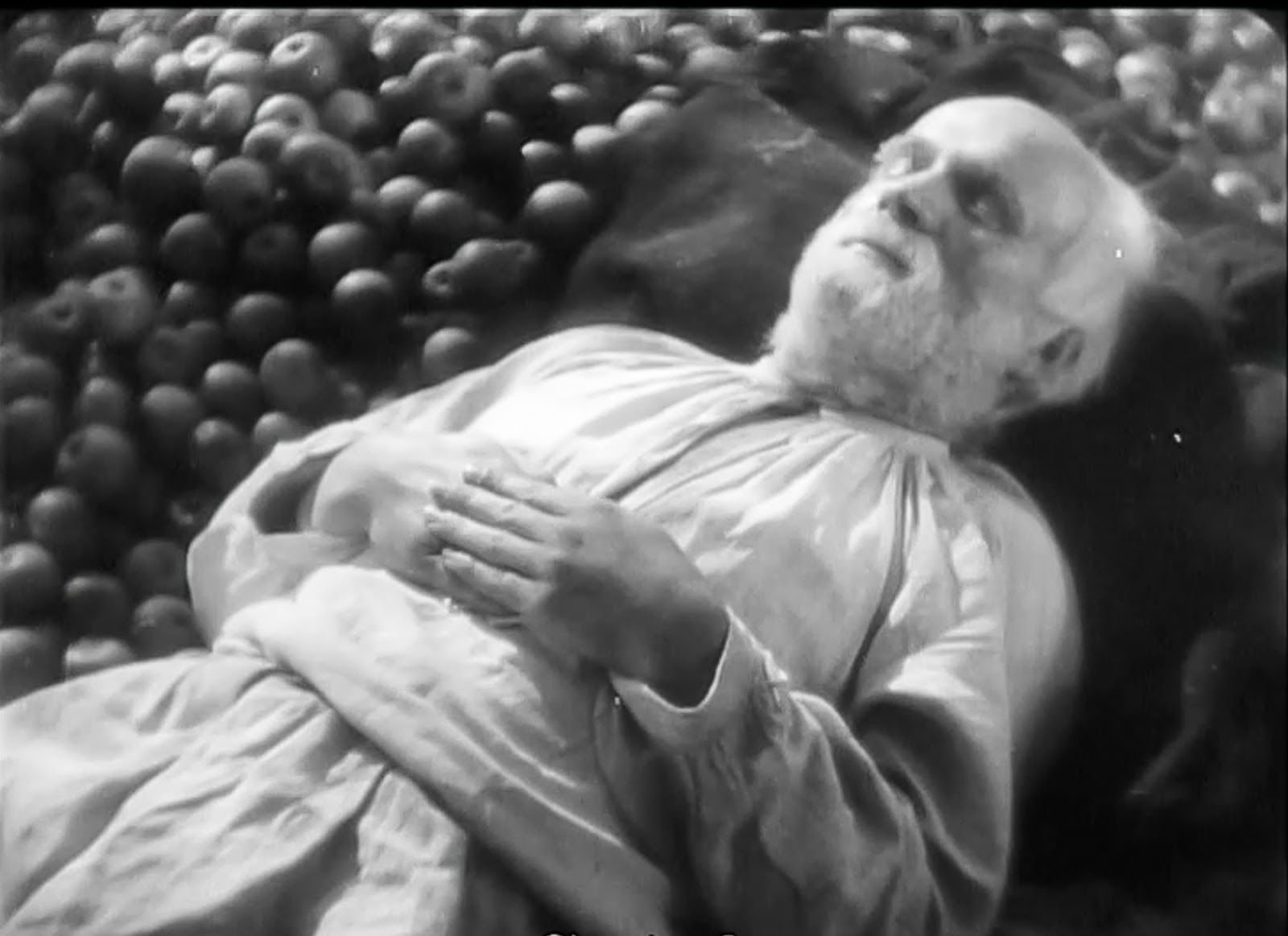 A rural community somewhere in Soviet Russia turns out in their thousands to welcome a tractor, driven by a party activist, Basil. A local landowner is not so keen to embrace Communist-led change and plots a dastardly resistance.

Some attractive photography of wheatfields, fruit, rain falling on orchards and characterful peasant faces cannot offset the weaknesses of acting, and the thin story. We get to see a lot of the backs of people's heads, and the cuts from one scene to another take no prisoners. After Old Simon dies at the beginning, we cut to images of old ladies cluching their heads and crying in anguish, men thumping their fists and gnashing their teeth...and all in response to an article in the local rag about the misdeeds of landowners. Never mind Old Simon, we've all moved on

Later, a scene of villagers saying "It's coming" with close-ups of their eager faces is unnecessarily extended, and the crowds rushing to see the new tractor grow to an improbable size for a rural community. This is followed by a short documentary-style sequence showing the harvesting, milling, grinding and baking of bread, presumably aimed at extolling the virtues of the machine age under Soviet rule.

There is some style to the camera work, but the audience has to piece things together without the help of intertitles to make proper sense of what people are seen talking about. When Basil's father tells him and his party friends to get on with their 'politicking', there is an extended sequence of the cell members having an awful lot to say, but without the audience being told what. If you were a cynical Soviet citizen of the 1930s, I suppose you'll know what they were saying, but this is not the only scene where the director takes the trouble to show us people talking but chooses not to let us hear them.

Given the sophistication with which filmmakers were now constructing their films, Zemlya seems quite primitive. The lack of prints available commercially meant I had to choose between one of poor quality, but with English titles, and one of better quality but no English. Consequently, the beauty of the cinematography claimed by some simply wasn't in evidence. Even so, the praise heaped on Dovzhenko's 'masterpiece' is not merited.