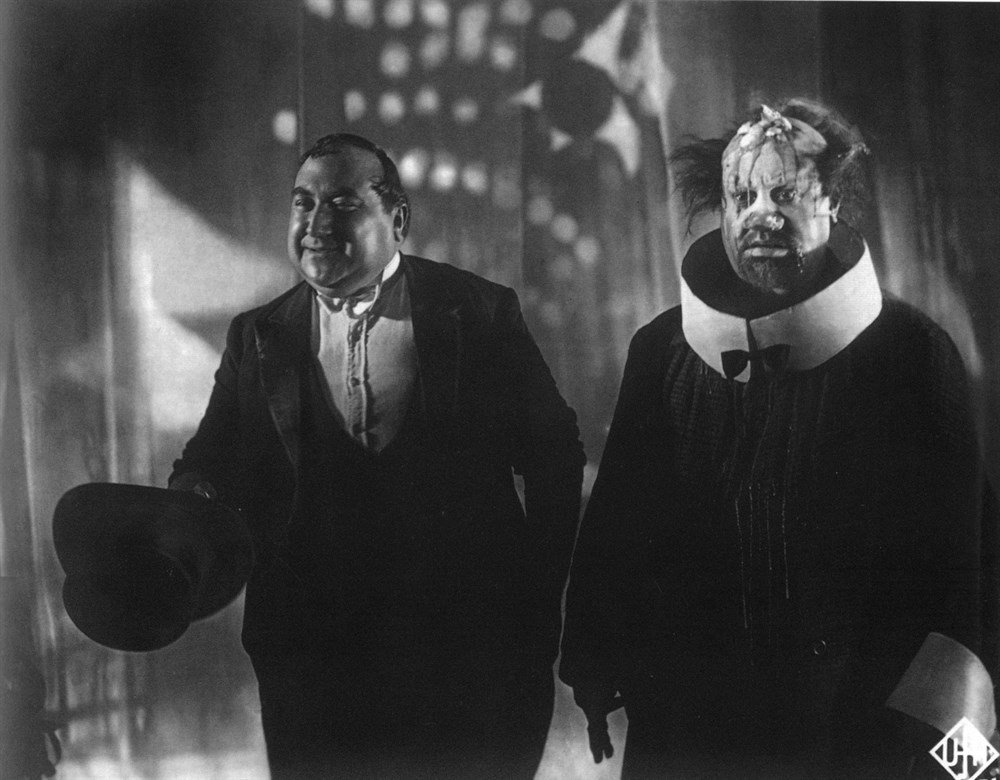 One of the contenders for Germany's first feature length full-sound film, its reputation rests on the allure of Marlene Dietrich.

I watched this today - the English version, as the German was not readily available - and was struck by the similarities to Pandora's Box, which I also reviewed today. Following that review, I found a piece in The Guardian which echoes my thoughts almost exactly:

The story of obsessive, destructive desire is a familiar one from this period. The Blue Angel is comparable in some ways to GW Pabst’s Pandora’s Box, from the year before, starring Louise Brooks as the entrancing Lulu – although this movie is far more realistic. It is a familiar theme from writings by Heinrich Mann, Thomas Mann and Stefan Zweig.

The difference is that reviewer Pete Bradshaw was mesmerised by Dietrich (and Sternberg's film) while I was not. He gives the movie five stars, chiefly, it seems, because it is about Germany in the 30s and about Marlene's deep voiced singing about not being able to help falling in love. Ironic, then, that 'love' is deeply absent from the relationship she has with Emil Jannings' figure-of-fun Rath, a respectable (though not respected) teacher. This time, it's the man who falls from grace and dies (sorry, should I have alerted the reader to a spoiler?) while the woman just shrugs when her hubby flips and ends up in a strait jacket.

Jannings' theatrical, melodramatic style was excusable in the earlier days of cinema (notably Der Letzte Mann) but here, the interminable and unfunny comedy of his classroom, filled with 'students' who look old enough to have been legitimate regulars at the eponymous nightclub, just bored the pants before we got anywhere near the meat of the story. It didn't help that the actors, including Jannings, kept lapsing into subtitle-less German, and the quality of the sound overall (which may have been a problem with the print) would not have been a good advert for the talkies. I suppose some credit should be given to the castrated cockerel crowing of the defeated Rath in the climax, just prior to his ultimate demise, but having to sit though the preceding 95 minutes, the payoff is poor. I'm beginning to think that the editors of 1001 Movies You Must See Before You Die will need to make some substantial revisions, removing films whose reputation rests not on what's happening on screen but on the extra-movie material (such as the Sternberg-Dietrich partnership, or the fascination of Weimar).

I'd much rather spend an evening at the half-empty Blue Parrot (wondering what's going on at Rick's), but I've got to wait until 1942 before that possibility will arise.