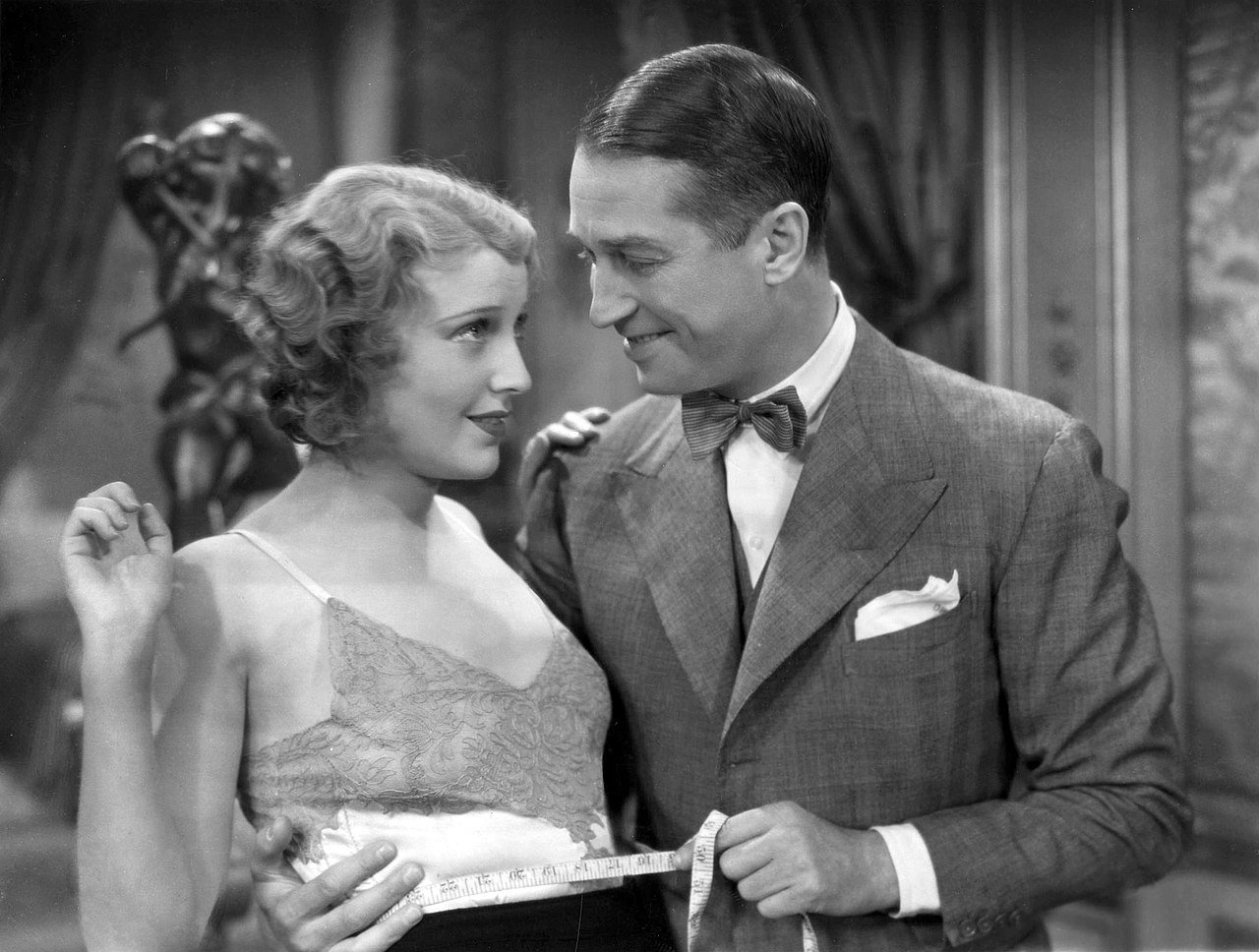 Maurice Chevalier twinkles endlessly in a funny and giddy piece of fluff with perhaps more charm than any film so far encountered in the list. It's a modern fairy-tale, where a "humble" tailor falls in love with a beautiful princess, his broken-down car forcing her pony and trap off the road. At first, she resists, but eventually she melts, mostly because of the relentless singing.

In the film's finale, the princess, forbidden to engage with the young man, banished from her father's castle, because he's only a tailor, chases after his departing train on horseback. Of course, the horse overhauls the train.

Utterly ludicrous nonsense, but spectacularly well filmed, with an engaging opening (Paris wakes up to the rhythms of the early morning city, literally), silly love songs , comic turns by Charles Ruggles and Charles Butterworth, and with C Aubrey Smith as the Duke and Myrna Loy as a minor aristo. This is the kind of picture that Fred Astaire and Ginger Rogers made their staple.

In looking at only a selection of film production over time, I daresay I'm getting a lopsided picture, but it seems to me that comedies and musicals are easier to shoot and edit to make a coherent (if fanciful) story than serious drama and horror.