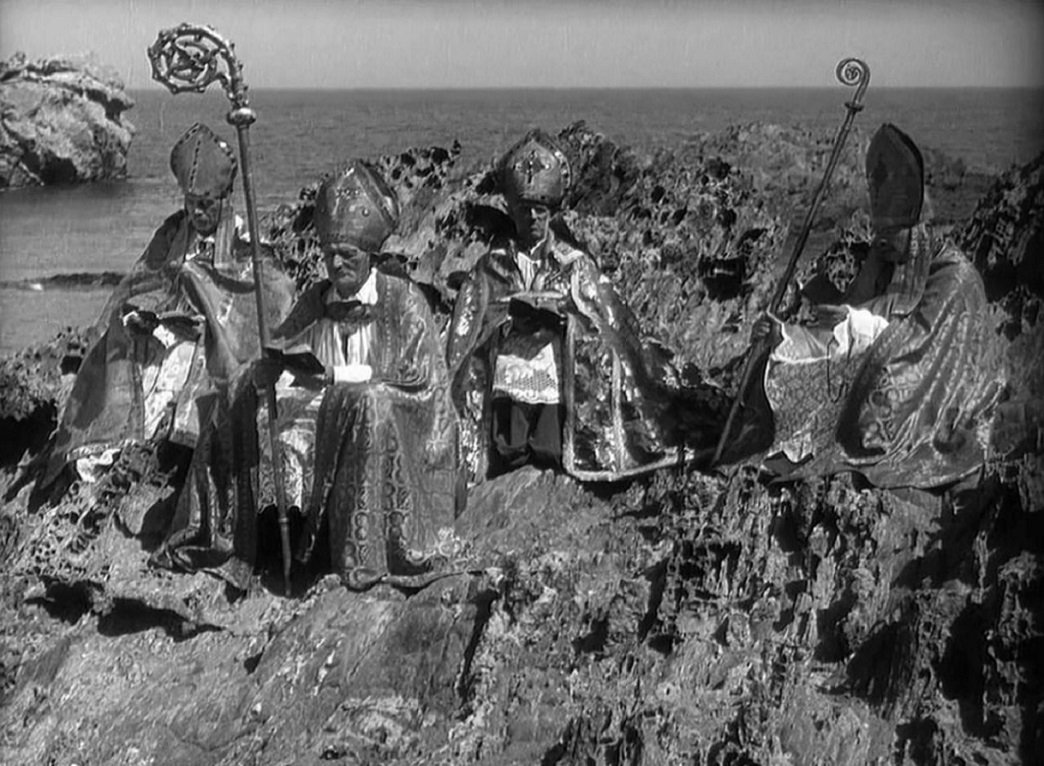 Wikipedia says it, "is a 1930 French surrealist satirical comedy film directed by Luis Buñuel about the insanities of modern life, the hypocrisy of the sexual mores of bourgeois society, and the value system of the Catholic Church."

Frankly, it's difficult to take seriously that it's "about" anything, and certainly not something as grand as Wiki (and others) claim. But perhaps I'm watching with too modern eyes. It is difficult to watch the film from the perspective of the audiences who would have watched it in 1930. Doubtless, the cognoscenti smiled knowingly; reactionaries were incensed; but the general public...what did they make of it? Was it even expected that they would consume and understand? Or was it an elaborate joke made by artists for artists?

I watched two versions; one version with no subtitles and the original soundtrack (French dialogue accompanied by extracts from the classics - Schubert, Beethoven and Wagner); and one with no dialogue, but English subtitles and a violin soundtrack accompanied by human voices, coughs, snarls, laughs, moans and cries. The latter version added a layer of absurdity that fit the incongruity of the images, but made for less palatable viewing. It's a continuing problem that so many of these early films either don't survive in their 'original' form (if we take 'original' to mean the cut finally approved by the director) and have been hacked and restored; or there are so many restorations and rereleases in circulation that it is difficult to know which is to be taken as closest to the director's intent.

One thing seems certain and that is that Buñuel wanted to present a series of linked images for polemic ends, rather than "a film" in the sense to which the ordinary filmgoer had already become accustomed. Of course, there is no 'right' way to make a film, and the narrative approach, though it is in the majority, cannot claim to be the One True Cinema. But nor can the Soviet, or the New Wave, or the Surrealists. Yet L'Age D'Or has a reputation which sets it (in my view erroneously) above standard narrative films, implying that only movies for the intellectuals can be regarded as worthwhile. In this particular case, if you're not in on the joke, the film has little to commend it.

I wonder if Dali actually had little to do with it in the end because it just wasn't funny enough?