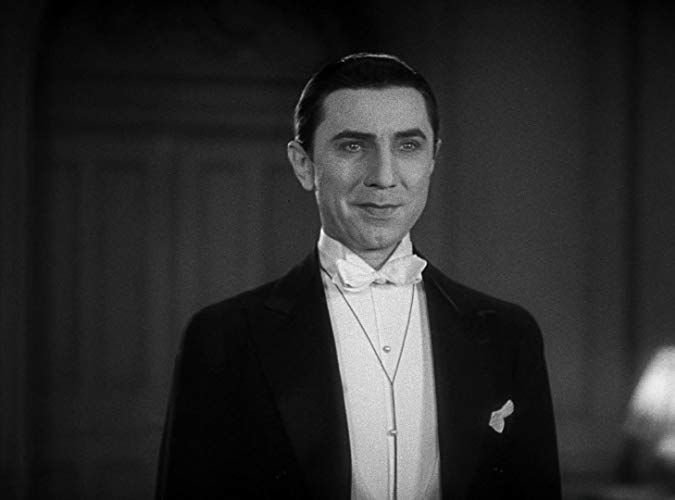 Possibly the least interesting of the horror myths - to my mind at least - is the vampire, but given the longevity of the genre, and its regular revival (think Twilight) I'm clearly in a minority.

This film is notable mostly for its being the first of the Universal Studios horror cycle (though some may claim that The Phantom of the Opera and The Hunchback of Notre Dame were first); and the fact that the Spanish version, with different actors, was shot on the same sets in the evenings when Tod Browning and his crew were not shooting. Well, at least, I found this interesting when I watched it on Blu-Ray and read the accompanying notes.

It's also notable for not being as good as Nosferatu, made 12 years earlier. There is little horrific about it, although Renfield's fly eating is grim. I'm not really sure why it belongs in this pantheon of greats, though there's some joke to be had about seeing Dracula before you die if only I was a great comedy scriptwriter.

Oh, and it has of course become embedded in our culture (Sesame Street's Count, anyone?) and the source for so many internet memes, maybe you would do well to know where they've come from.