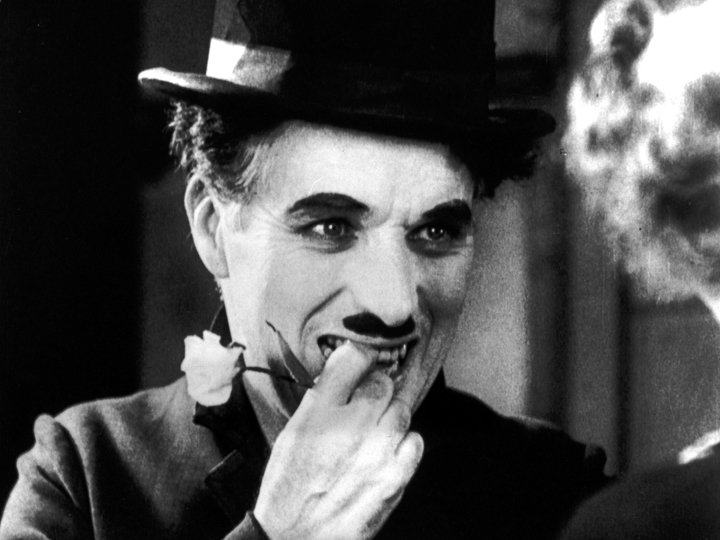 Who am I to question one of the "acknowledged" greats of cinema? Just a consumer who finds Chaplin's movies less than fascinating.

Some wax lyrical about the "meaning" of Chaplin's tramp (that is, he's not 'just' a tramp) but while I accept that his silhouette is as iconic as Mickey Mouse's ears, his particular variety of slapstick does not tickle my funny bone, regardless of any metaphorical import in his outline. The choreography of some scenes is slick and his timing impeccable - though no greater than others from the period such as Keaton. But what seems perverse is Chaplin's decision to reject sound and make a film that could just as easily have been made in 1921.

Some of Chaplin's most fervent fans acknowledge that he can be overly sentimental, but in this film, the plot at least is not: there is no happy ending for the Tramp. Charlie can't get respect from the young boys selling papers on a street corner; from the butler of the millionaire whose life he saves; from the millionaire himself unless he is drunk.

By the end of the picture, we're not even sure he has gained the respect of the flower girl whose sight he has restored, and there is no fairytale conclusion: he remains a tramp, alone. And the plotline that gets us to this point seems morally dubious. He pays for the girl's operation from money that he was given only when the millionaire was too drunk to know what he was doing. Is he entitled to justify this by saying he had stopped the millionaire from drowning himself?

1001 Movies describe this as a perfect balance between laughter and eloquent pathos, "one of the real landmark greats." If rejecting the landmark of the talking picture is itself a landmark, I'll eat my boots.