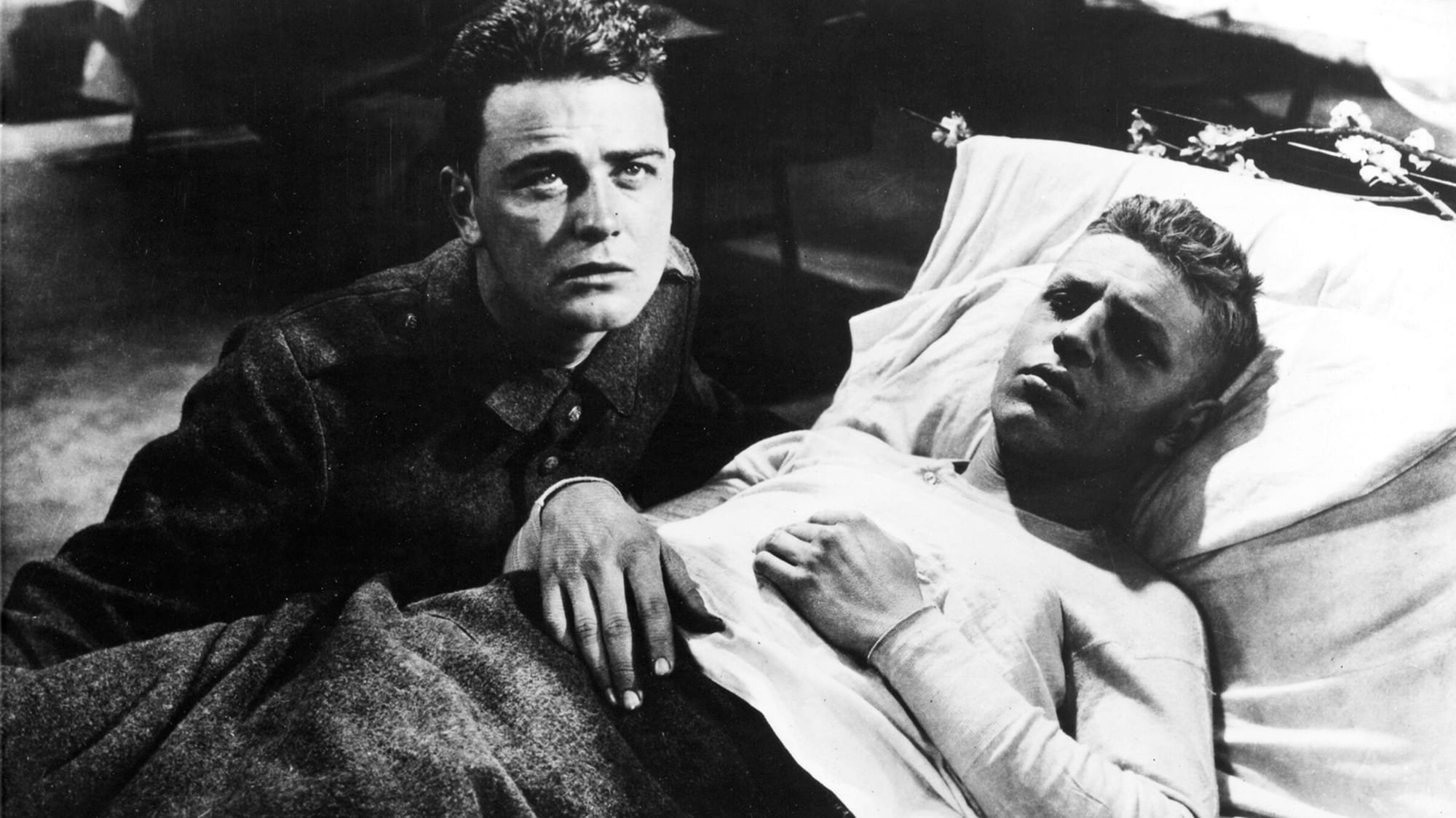 A well-mounted action picture for its time, All Quiet On The Western Front has not aged well in comparison to some of the umpteen (anti-) war movies that have followed. There remain some positives. The use of overhead tracking gives a dynamism to the shots of soldiers in turmoil in the trenches or toiling in no-man's land and some of the photography is atmospheric, such as the scenes in the hospitals. The final shot of the dying hand stretching for the butterfly is striking.

But the politics are simplistic, some of the dialogue rudimentary and the acting variable. It was also not new. King Vidor's The Big Parade (1925) one of the 1001 and reviewed here covered much the same ground though with American soldiers instead of German. Whilst technically inferior, and without sound, it was remarkably similar, even containing scenes of fraternising with French peasant women.

It's not one I'll add to my permanent collection of great movies.