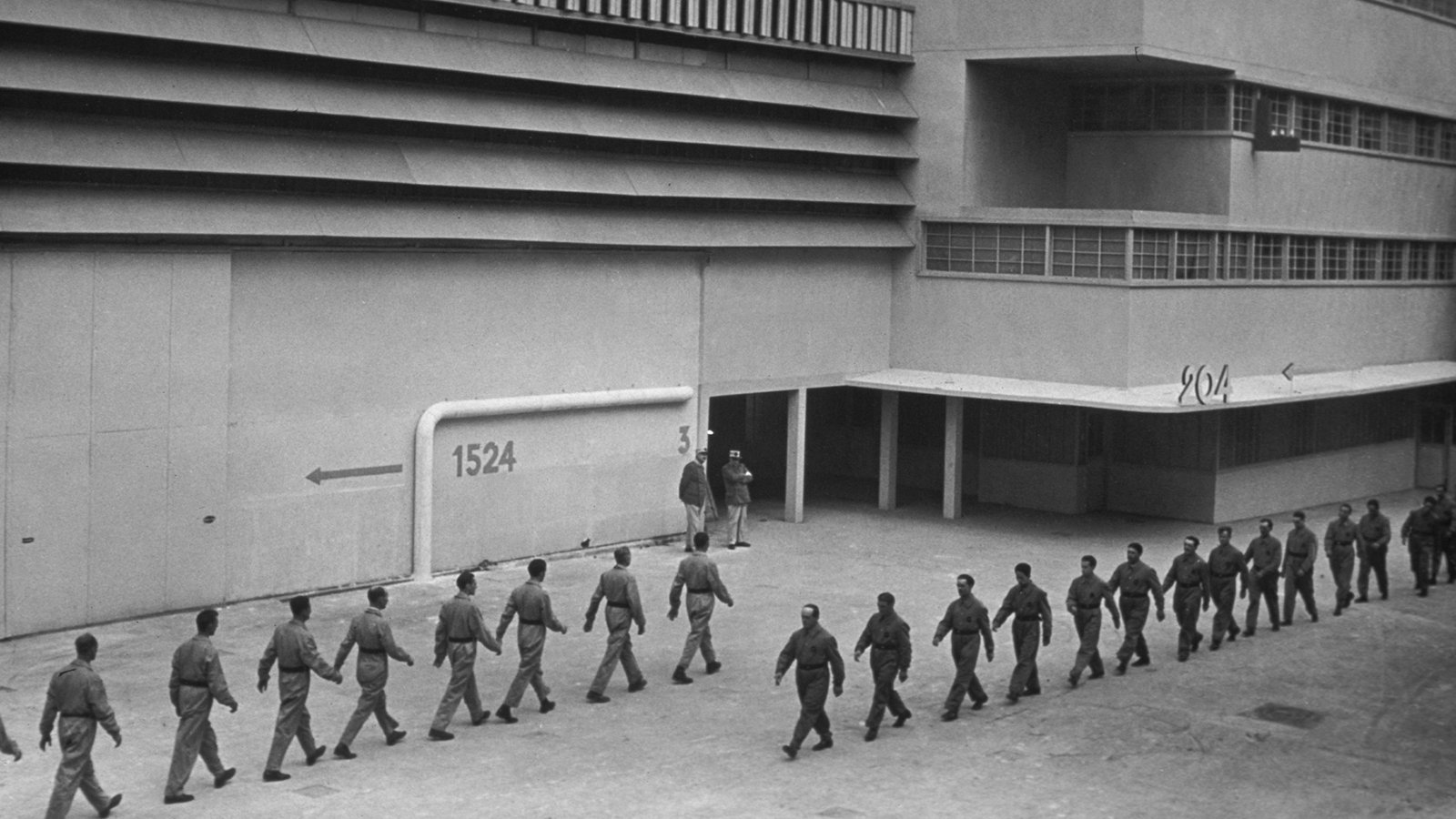 A mildly diverting film, which ends up in a rather odd place.

We are introduced to a pair of convicts in a quite lengthy scene set in the prison in which they are incarcerated. We are shown prison life - especially the way it is regimented, literally, with a lot of marching about and a scrunch scrunch on the soundtrack. This is mostly dialogue free, and in fact, the whole movie is dialogue-lite.

Our two clowns plan an escape which is only partly successful. One, Louis, escapes and, typically for a French film, is mistaken for a cycling competitor and declared a winner. He is fortunate to begin a business (though not with any of his own resources except his guile) and ascends to the top of the tree, owning many factories that produce phonographs.

The one left behind, Emile, is eventually released and winds up working in Louis' factory. Here, the regimentation is exactly the same as it was in prison, and provokes the same response in Emile: he kicks against it, disrupting the production line while falling in love with one of the secretaries. He eventually meets Louis, who is initially reluctant to acknowledge his former prison mate, but he yields when he realises that Emile wants neither money nor to expose him. Their friendship is restored. However, their pasts catch up with them. Emile loses the secretary and Louis, his empire. However, neither seems to mind. They are last seen, happy, on the road, singing about freedom.

Emile's romantic mooning reminded me of Chaplin's Little Man, while the scenes on the production lines of prison and factory must surely have influenced Jacques Tati (whose films I'm more familiar with). It's not uproariously funny, but neither is it biting in its satire. In fact, it seems to advocate a life on the road with a friend, rather than any kind of traditional conclusion. Emile doesn't get the girl; Louis doesn't get his comeuppance or his revenge on his former criminal associates. I'm not sure whether screenwriters felt in these early years of talkies that they could be quite liberal in their thinking - and that this was one example of many with unorthodox resolutions; or this was an isolated example, and the orthodox was already being established.

Either way, it's an odd movie, with some scenes unnecessarily long (especially in the factory and at Louis' palatial home), and some unhelpfully short, such as the moment when the secretary is wooed by another worker at the factory. It was so short, I thought it was an editing mistake!