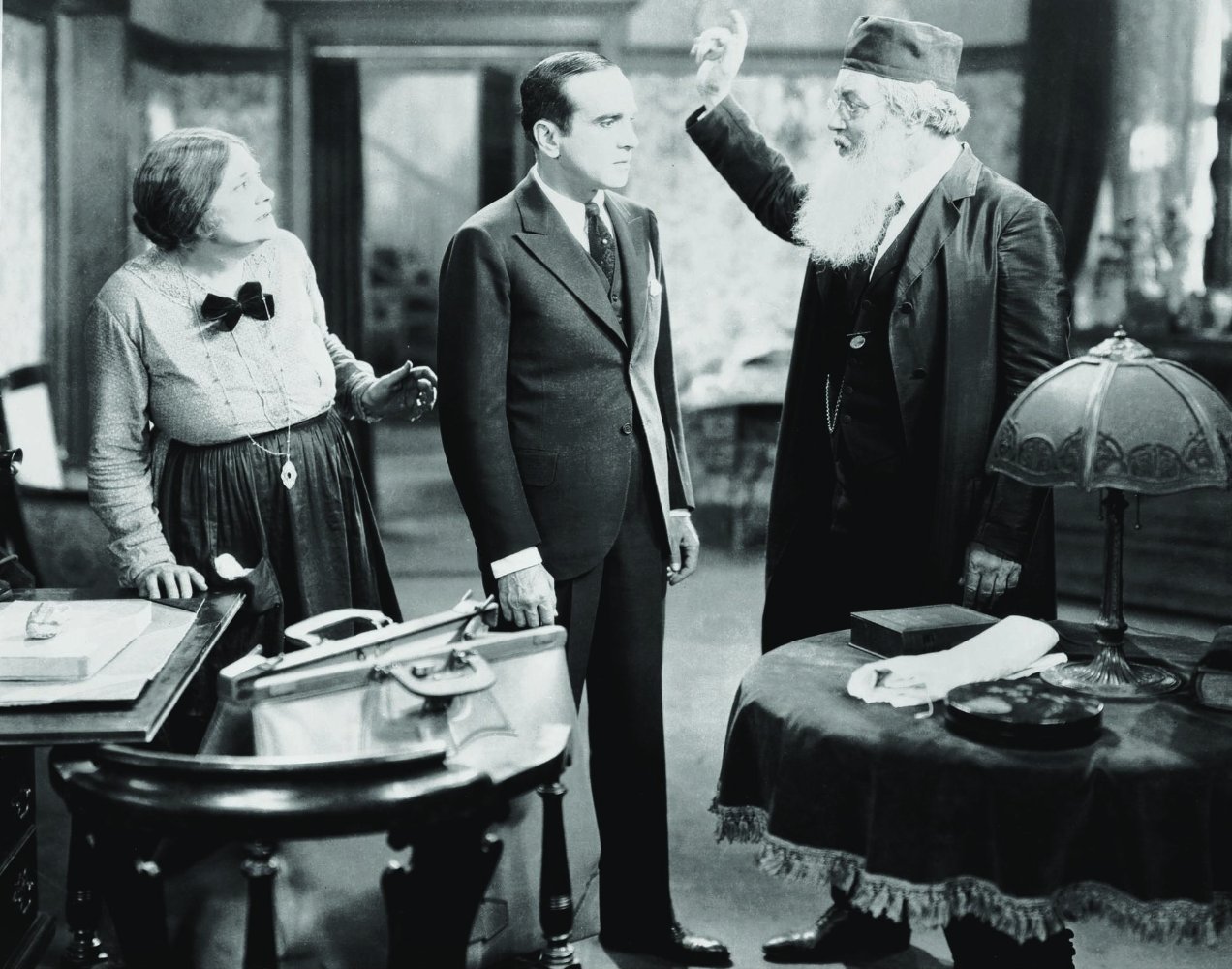 A well told tale, though not a particularly gripping one.  The director tries to build tension as our hero, played by Al Jolson, tries to decide between singing for his career or singing for his dying, disapproving father. Mother and family friend urge one way, starlet and manager threaten the other. Our Jakie can't cope with the mental torment, but luckily for him, the scriptwriter comes up with an easy if evasive resolution.

This is one of the first movies in the 1001 list where there is a real fluidity about moving from longshot, to midshot, to closeup; the length of shots, the framing, the pacing.

What lets it down is the dialogue. This may have been the first talking feature-length film, but there was actually very little speech, and when it reverts to silence, the film seems to lose momentum. Since the technology had already evolved to allow the synchronised singing, it might have been better left at that. There was no need to have Jolson speak.

As far as I can see, this is included in the list for purely historical reasons, not because it is a quality film. If you opt out of this one, you're not missing out.