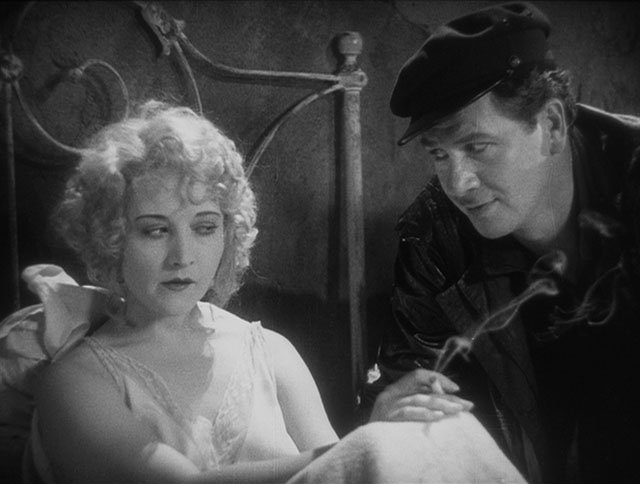 Bill Roberts is a stoker. His ship docks in New York, and he goes ashore for a good time with his best mate.

While he disembarks (it takes a long time, as does everything in this film) we are also introduced to Bill's chief and his wife at a dockside bar. She regrets her marriage, he is unfaithful, and the bar is full of people 'having a good time', except for those getting into trouble who get thrown out by the bartender and his heavies.

In the meantime Bill jumps in to rescue a woman who had just thrown herself in as he passed by - to end it all, we presume. He carries her to a room above the bar - though bartender and wife protest - and steals some clothes for her. When they've both dried out, they go to the bar, get married - yes, and by a sober and serious parson too - and have a good time...wait a minute...

Why am I describing the plot? I said I wouldn't. Sometimes, it's difficult to muster something to say about a movie without shortchanging it when compared to the words I've expended on other works.

It was okay, though the light and shade achieved in the cinematography was pretty stunning, nicely echoing the grey characters. I prefer my grey a little less foggy.