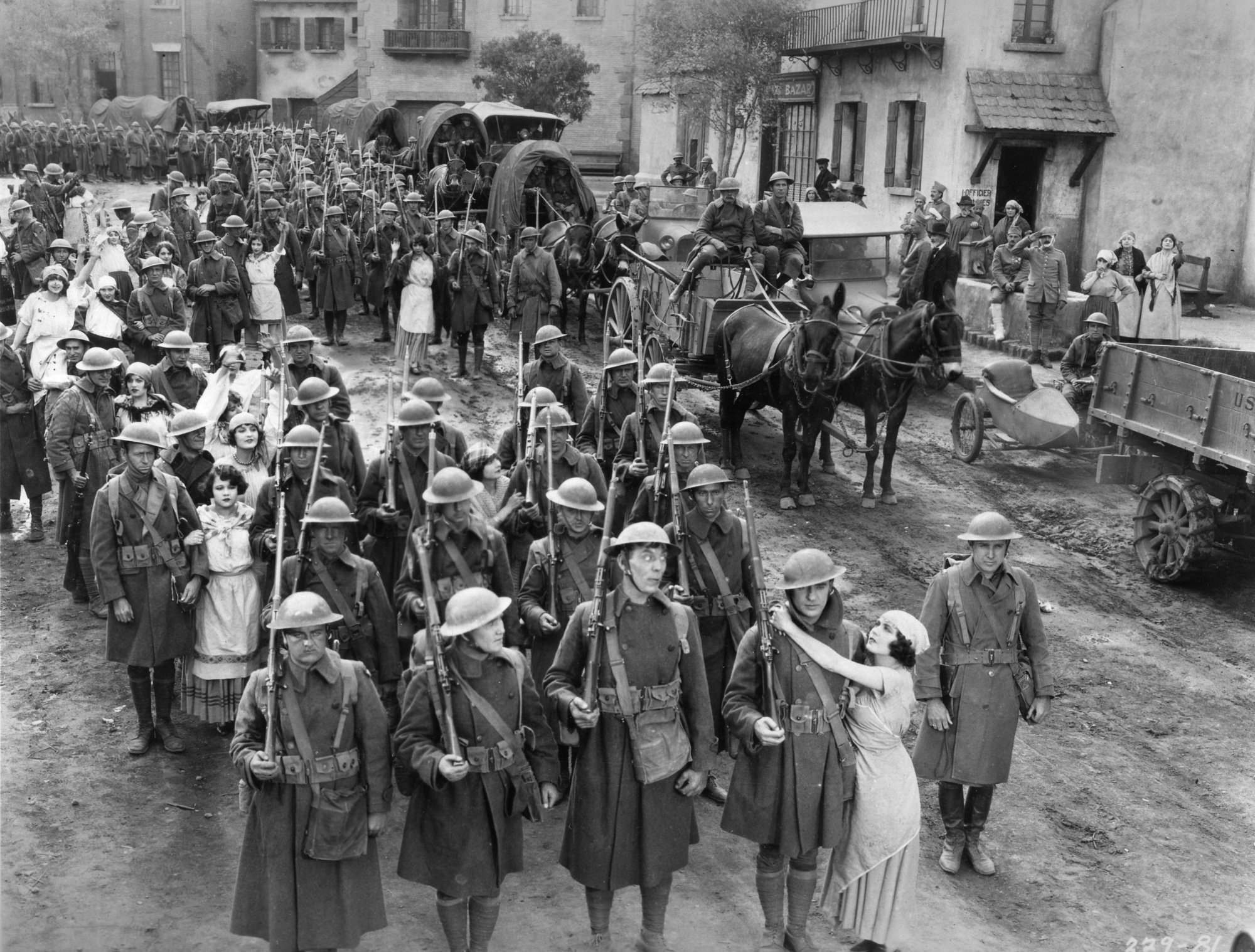 I suppose the climax of the movie is noteworthy, a tremendously well realised battle, with photographic and in-camera effects helping to recreate the hell that was World War One.

But it takes an awful long time to get there, via three buddies' opening back stories, their meeting on being called up, training, and an extended non-combatant station in rural France where our hero falls in love with a peasant girl, despite being spoken for at home.

I found the whole less than engaging. Consequently, I ended up watching in several pieces, doubtless diminishing its impact.

Only seven years after the 1918 armistice, this movie would have had a much greater meaning for contemporary audiences. It's themes have since been well covered, but if it was the first big budget war movie, it deserves its place in the 1001.