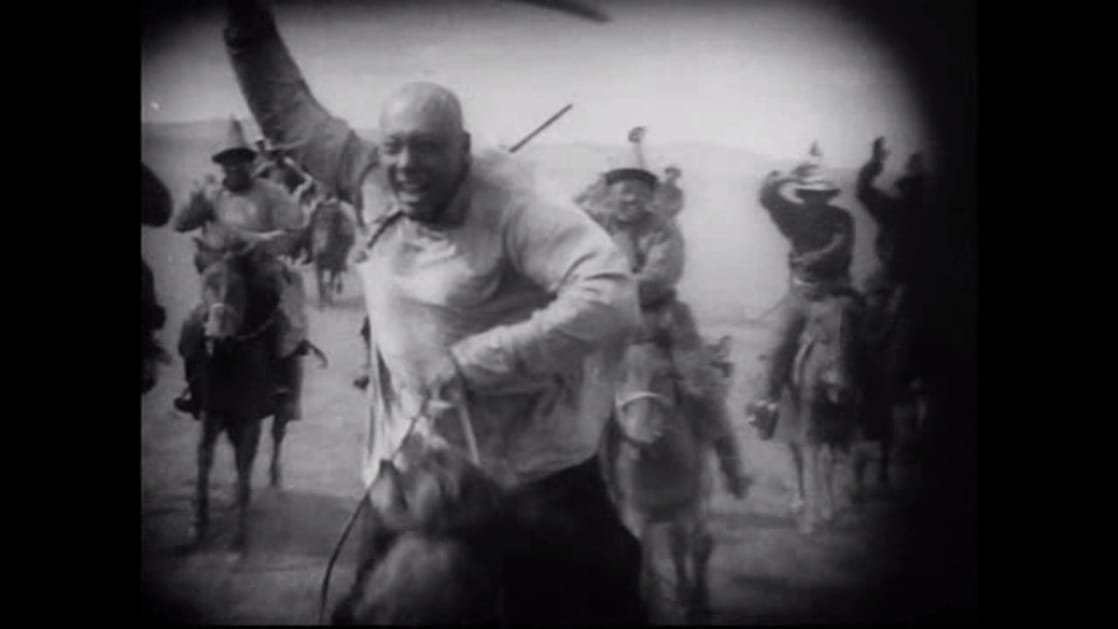 Nothing to see here. No, it doesn't belong among the 1001 Movies. I've had more entertainment from watching Kenneth Connor mugging in What A Carve Up!

Seriously though, what begins as a careful study of peasant life in the Mongolian wilds turns into a ludicrous and unbearably slow political fable. A young fur trapper is almost conned out of his best pelt by a visiting monk, and is then conned out of it by a visiting European dealer - in giant fur coat - in the local market. A minor brawl somewhow turns into a major local revolution and the occupying army (which, improbably, is British) puts the uprising down. Our hero escapes and joins the local rebel army. When he is captured following another brief skirmish, he is condemned to death. However, when the authorities discover that he is, allegedly, a descendent of Genghis Khan, they stitch him up as a puppet ruler. Literally, in this case, as he needed considerable surgery to restore him from his botched execution.

The final scene where our puppet hero finally snaps and runs riot and triggers a colossal revolution, with the British overlords blown away by a literal storm, while the revolutionaries gallop into heroic history puts Eisenstein to shame.