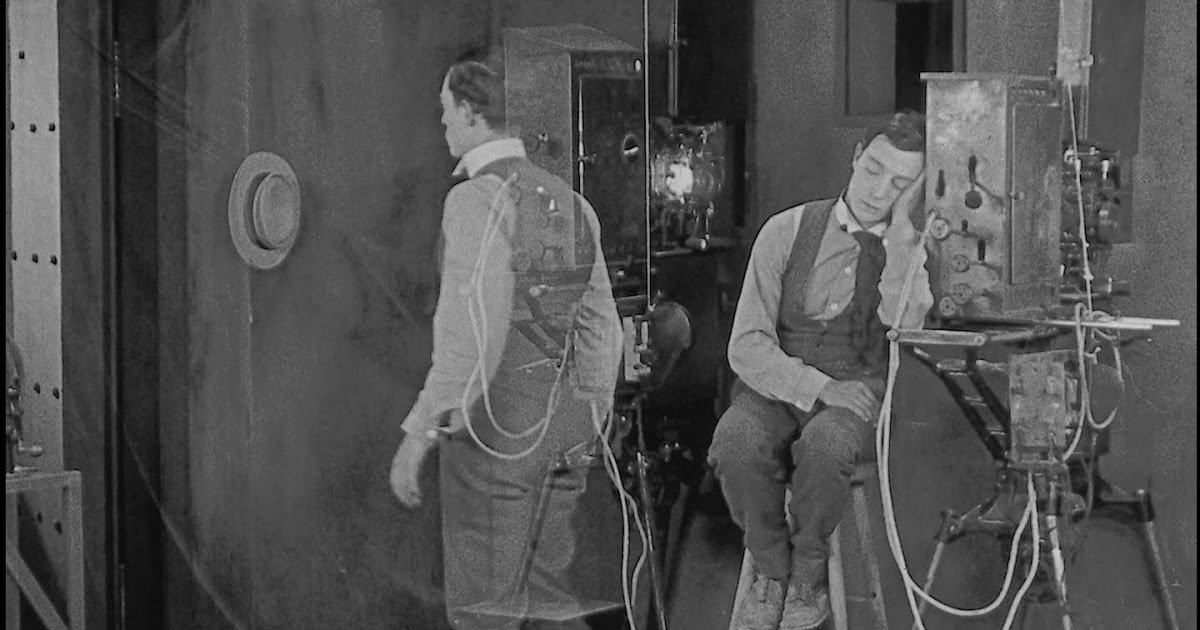 Having purchased the Buster Keaton BluRay that contains this, The General and Steamboat Bill, I was also able to watch the extras which explain some aspects of the making of this short film. Curiously, it helped clarify in my mind that although this is a clever film, and funny on first watching, it is perhaps not as great as first seemed.

1001 Movies claims it has a tightly integrated plot. What came across to me was a plot typical of silent movie era comedies, with a number of well-rehearsed and refined gags and a story designed as a means to hang them together. A number of the set pieces were not only movie standards, but were of theatrical/music hall vintage.

Buster plays a projectionist with pretensions to be a great detective. He falls asleep during a show and dreams that he enters the world of the movie he is screening (literally, via the auditorium and up on to the stage) and becomes the Sherlock who solves the story's theft. This parallels  the crime for which he took the blame in the real world, though he was framed by his love rival. In fact, he solves nothing in the real world: it's his girl who does the sleuthing.

Having said that, the array of optical and in-camera effects is remarkable, not least the riding of a motorbike while sitting on the handlebars, and the playing of real trick shots on the pool table to avoid an unlucky 13 ball that contains a small bomb. I am less convinced of the idea set out in 1001 Movies that this is a meaningful exploration of the illusions of art v reality and the 'fantasies about upward mobility in American society'. It's a comedy, with some great stunts, and the inimitable (and preferable) personality of Keaton.