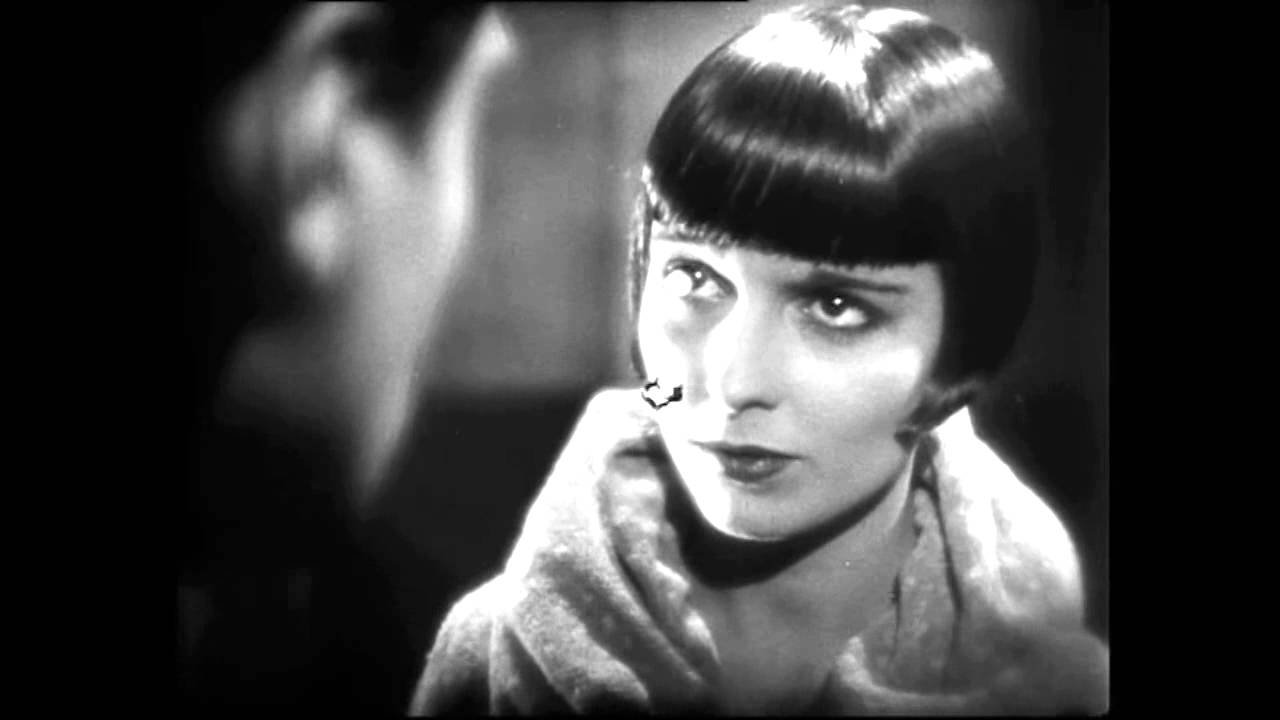 The most famous bob in film history belonging to the most innocent, cute siren of the silent era, Louise Brooks.

I watched this just a few weeks ago, but can remember precious little, except that, now I've also watched The Blue Angel, there is a theme that obsesses some filmmakers which is about old men lusting after allegedly sexy women - and the women either fall for it, or put up with it and the old men fall into a decline as a result. I don't find such stories remotely interesting, which begs the question, can a movie be deemed 'great' if its story does not have universal appeal? Once upon a time, the answer would have been a resounding 'yes', not least because the old men making films on this subject (and dominating the film industry) would assert this to be true. Now, with an increase in the influence and recognition of women filmmakers, the question can be posed again with a much less certain response.

So, I sat through the more than two hours of this film admiring some of the technical stuff - sets, design, camera work, use of synchronised sounds - but finding the story increasingly improbable, though increasingly inevitable. Brooks dies a tragic death, but with her destiny completely in others' hands, it's not as though she has a fatal flaw which brings about her downfall. Unless it's being a beautiful, but helpless woman.

Whatever, the director, Pabst, has earned the reputation of an 'auteur' through doing little more than showcasing his heroine's coiffure, and admittedly lovely smile. The rest of the cast is just an array of angry, thwarted men drinking, gambling, fighting, looking anguished and trying it on with any woman who comes past.

I think the German filmmakers of the 20s and 30s had issues, and film critics have pandered to their needs for far too long. This does not merit inclusion in the 1001, and nor does The Blue Angel (up next for a savaging).