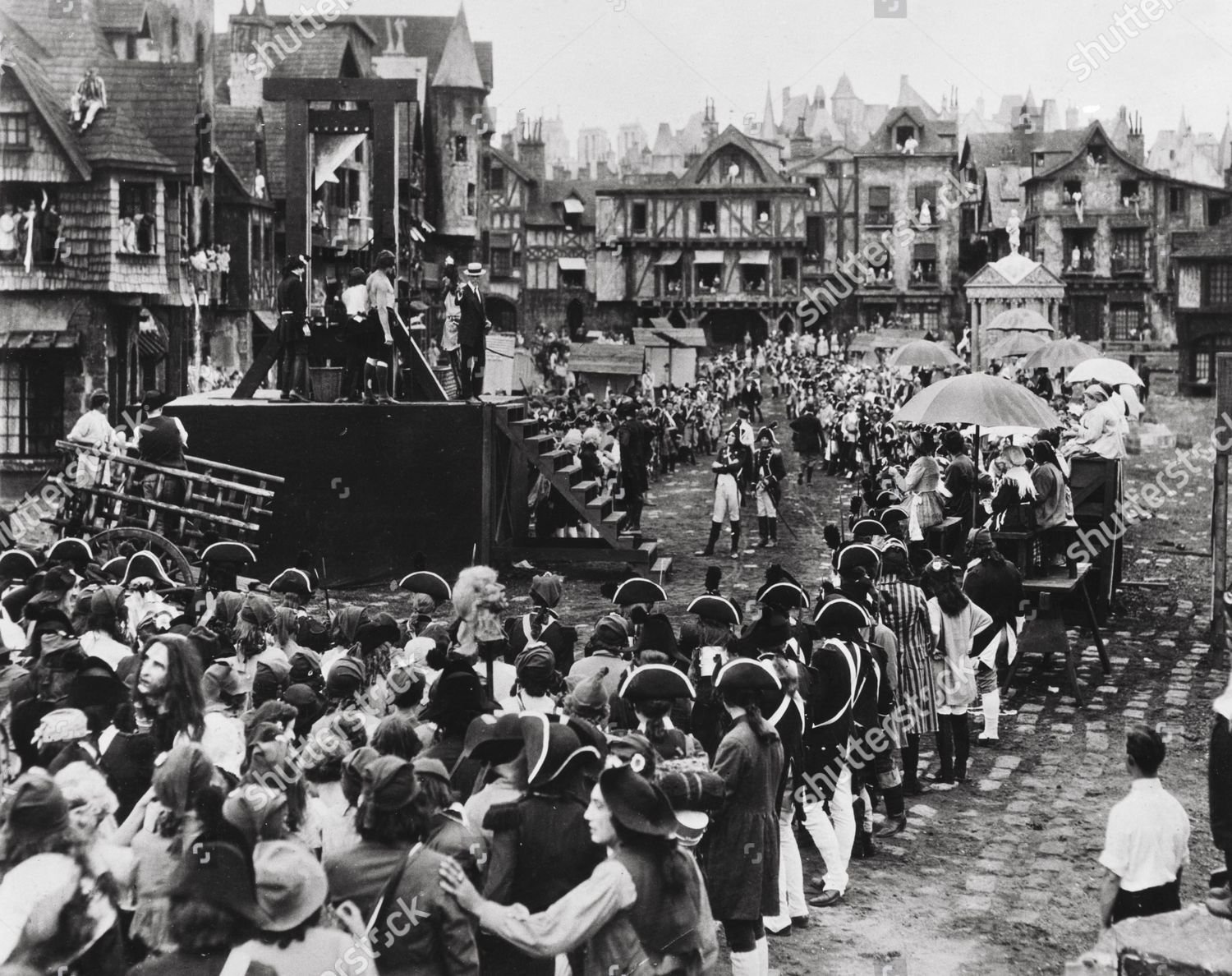 Finally, an epic by the celebrated director I was able to sit through, and in silence, since the best available copy (not on Youtube but at WikiMedia Commons) had no soundtrack. What it did have was a great picture, showcasing the various tints Griffith used to enhance the audience experience.

This is a genuinely enjoyable story, with the dénouement, inevitably, being their reunion, touchingly realised at the climax. Although he occasionally loses a grip on the plot (well...I suppose it could be me and my grip on the plot; which sister is this, and where are they now?) the narrative overall is strong, the sets, external scenes and management of crowds are spectacular. In terms of the progress of editing and framing, this still seems for the most part quite static, even primitive at times. Some sets - notably the home of the beggar Frochard - look very theatrical: cinema still has some way to go. Where close-ups are used, however, they are effective in their showcasing of the actors emoting (L Gish's sorrow and heartbreak; t'other Gish's constant screaming for her sister; the dastardly Robespierre who should have had a Villainous moustache to twirl; the smitten Chevalier). Griffith also uses brief flashbacks to show what characters are thinking, and to help the audience keep track too.

The pièce de resistance, after mostly static camerawork (nary a tilt or turn, never mind a pan or track)  is an astonishing set pièce race by Danton and his cavalry to rescue our heroes about to be guillotined. What seems like the entire French mounted military charges through the streets of Paris, with Griffiths camera tracking backwards in the face of the oncoming horses. For 1921, this is quite exhilarating, and the director's management of the scene is precisely the kind of bravura cinema for which he was justly lauded.

This is a serious moral fable about the terrors of mob rule as an early example of Bolshevism. Yes, that's right, with the Russian Revolution in full swing at the time, Griffiths felt compelled to warn audiences of the Communist threat quite blatantly in the opening titles.

Despite the grave subject matter, there are numerous comic interludes, from the lascivious aristo drinking champagne from a glass wedged between his amour's feet, to the man servant (Picard) with the absurd erect pigtail; from the dastardly machinations of Robespierre ("the original pussyfooter") to the comic characters sprinkled among the mob storming the Bastille and dancing the Carmagnole.

So, pretty enjoyable on the whole, though 160 minutes is a bit of a marathon.

Two minor observations about silent movies of this time. The continuity in the editing is still wayward. Quite often, as we move from one shot to another, a character may be seen repeating an action, or facing different directions.

And, curiously, the number of times we see one character strangling another as a means to shake some sense into them, whether Keaton trying to stop his love from sweeping specks of kindling from the footplate in The General, or Frochard, the beggar, trying to make Louise stop screaming for her sister. It's also a staple of the rough and tumble fights in silent comedy (Hardy regularly throttles Laurel) as well as in the 'rape' in Within Our Gates. Unfortunately, it now looks quite ludicrous, so it has lost the power to shock where it is not meant for comic effect.