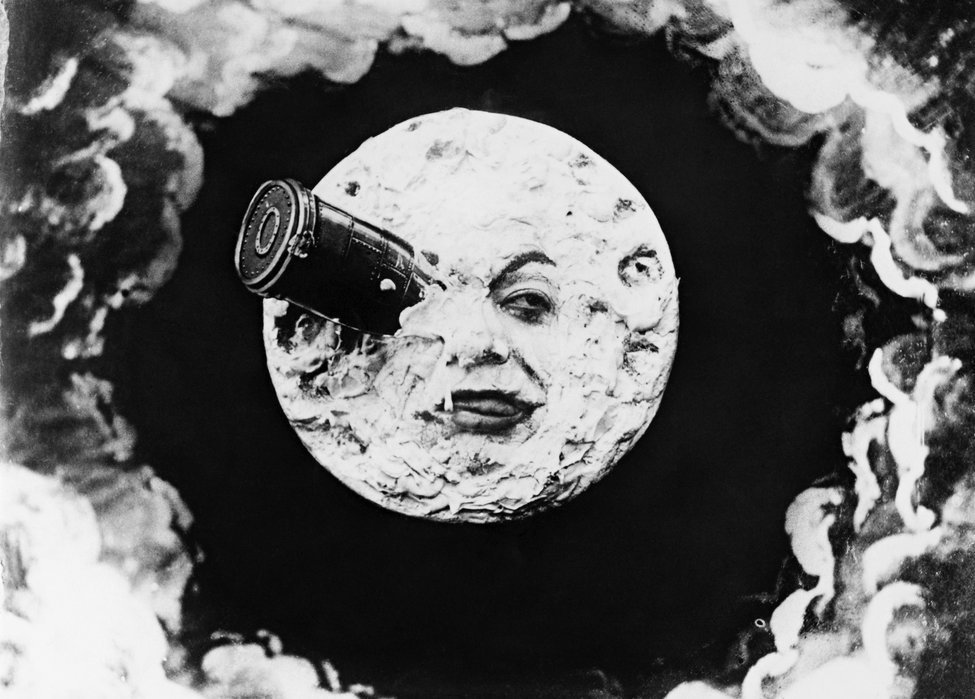 I suppose I had both Bob Monkhouse, Michael Bentine and my Dad to thank for my introduction to silent movies. Bob and Mike for their presentations of Mad Movies and Golden Silents, as well as programmes like Silents Please, and Dad for introducing me to Laurel and Hardy (most notably Laughing Gravy).

What stuck was the memories of comedy, the speeded-up walking (or crazy running of the Keystone Cops), the drooping moustaches of Snub Pollard and Billy Bevan, and the crossed-eyes of Ben Turpin. Now, flicking through my 1001 Movies reminded me that there was a whole world of serious movie-making to which I had paid little attention. I'd heard of Gance and Griffiths, but never actually watched their films. And watching Monkhouse and Bentine didn't actually entail listening to their narratives about the birth of the movies!

So, to Youtube, to find what I could of Lumiere and Edison. It's odd to imagine the pioneers of cinema thinking, "At last, we can take moving pictures - now, what can I do with my camera? Of course, three blacksmith's hammering on their anvil!" Absorbing as footage of workers leaving a factory (Lumiere) and Fred Ott Sneezing (Edison) is to the movie historian, they're not exactly high drama. This probably explains why Le Voyage Dans La Lune is the first entry, because by 1902, the technology and its potential to actually tell stories had become apparent, though in the hands of George Méliès, the fascination with the possibilities of camera trickery reaches its zenith.

The 14 minute story tells of a declaration by a wizard at a convention of wizards (scientists, says Schneider, but their pointy hats say otherwise, as they transform their telescopes into stools to sit on), that he will take a rocket to the moon. Bathing beauties dance as the rocket - more like one of Big Bertha's shells - is launched and lands in the eye of the Man in the Moon. The wizard (Méliès himself) and his companions are captured by the alien Selenites (credit here to HG Wells) but escape with the aid of their umbrellas.

The whole is a wacky mix of camera trickery, music hall glamour and the latest in popular science fiction, all played out in front of sets that wouldn't disgrace the theatre at Drottningholm Palace (or Gilliam's Munchausen). A much later cinema great, Martin Scorsese pays tribute to the significance of Méliès in his Hugo.

Next up, The Great Train Robbery!